Nigel Wilkins is Emeritus Professor at the Université de Paris IV-Sorbonne.  He first studied at Nottingham University, where he obtained his Ph.D. in 1964. From 1962 to 1964 he was Assistant Professor in the Memorial University of Newfoundland. From 1964 to 1976 he was Lecturer in French at St. Andrews; at that time he founded and directed the Scottish Early Music Consort. From 1976 he was at Cambridge University as Lecturer in French specializing in the medieval period. At Corpus Christi College, where he is a Life Fellow, he was Assistant Librarian, eventually Parker Librarian. In the Parker Library he organized many exhibitions of Manuscripts and early printed books and also colloquia on a variety of topics related to the Library's holdings; he also produced a catalogue of the French manuscripts in the Library. Music has always been the other string to his bow: as viola player he took part in many College and City concerts, in orchestras and in chamber music; as composer, arranger, and editor he has kept up a constant activity. His research has largely centred on the study and edition of medieval repertories of poetry set to music, especially in France and Italy. In 1997 he was appointed Professor of Musicology at the Sorbonne in Paris. In 2000 he directed a concert in the church of S. Séverin to mark the 700th anniversary of the birth of Guillaume de Machaut. In the same year he was elected Emeritus Professor at the Sorbonne. His numerous publications, in French and in English, include editions and studies of medieval song, and other works of broader scope: Music in the Age of Chaucer, The Lyric Art of Medieval France, La musique du Diable, Nicolas Flamel, The Writings of Erik Satie. 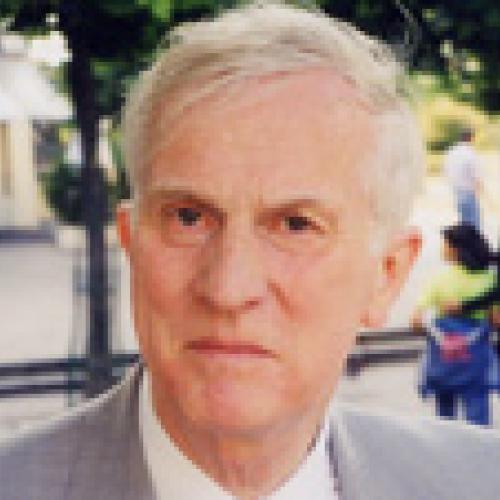