John's research interests include viral subversion of plant resistance, viral gene expression, plant-virus-insect vector interactions, and the effects of virus infection on interactions of plants with beneficial insects such as pollinators. Prior to working at Cambridge, John worked at the University of Utah Medical School in Salt Lake City, The Waksman Institute of Microbiology at Rutgers University in New Jersey and Cornell University's Department of Plant Pathology in Ithaca, New York. He studied at the University of Liverpool and at Rothamsted Research.

We are interested in the interactions of plants with pathogens and pests, why some plants actively resist their attackers, and how some pathogens manipulate the resistance responses of plants.

Resistance:  Our work on resistance for the most part focuses on the effects of the naturally occurring plant 'alarm' molecule, salicylic acid (SA: the chemical parent of aspirin) on plant-infecting viruses, and how this defence system works together with anti-viral RNA silencing. Meanwhile, in collaboration with Dr. David Hanke we are also characterizing an SA-independent signaling system regulated by myo-inositol 6-phosphate that regulates resistance to viruses, bacteria and fungi. Manipulation of resistance signaling pathways by a viral pathogen, our work on the subversion and manipulation of plant responses to attack centers on a counter-defence factor and inhibitor of RNA silencing made by Cucumber mosaic virus (CMV) called the 2b protein.

We found that the 2b protein inhibits changes in plant gene expression induced by jasmonate, a key signal in plant resistance to insects. Additional experiments suggested that the virus- through the activity of the 2b protein- is able to manipulate plant defensive signalling and metabolism so that the host plant's interactions with aphids will serve to enhance persistence and transmission of the virus.

Collaborative Projects: Our group collaborates with a variety of scientists within Cambridge and around the world.

Modelling and manipulation of plant-aphid interactions. A new avenue for sustainable disease management of an important crop in Africa is a collaboration with Chris Gilligan and David Baulcombe in this Department, Toby Bruce at Rothamsted, Appolinaire Djikeng and Jagger Harvey at BecA, Kenya, and Mathew Abang and Valentine Aritua at CIAT and ECABREN in Uganda (http://ciat.cgiar.org/regions/africa/ and http://ecabren.pabra-africa.org/who-we-are/about-us.html). In this 2M pound project the main focus is on bean (a major crop worldwide but with particular importance in East Africa) and its viruses and the aim is to understand how changes in plant biochemistry caused by virus infection alter the behaviour of aphids (insects that transmit viruses between plants) and to see how this knowledge could be used to better protect crop plants against these insects and the viruses they transmit. The project is funded by an initiative, Sustainable Crop Production Research for International Development (SCPRID), which is funded by the Biotechnology and Biological Sciences Research Council (BBSRC), the Department for International Development (DFID) and (through a grant awarded to BBSRC) the Bill and Melinda Gates Foundation, with additional funding from the Department of Biotechnology (DBT) of India's Ministry of Science and Technology.

Professor of Plant Virology in the Department of Plant Sciences 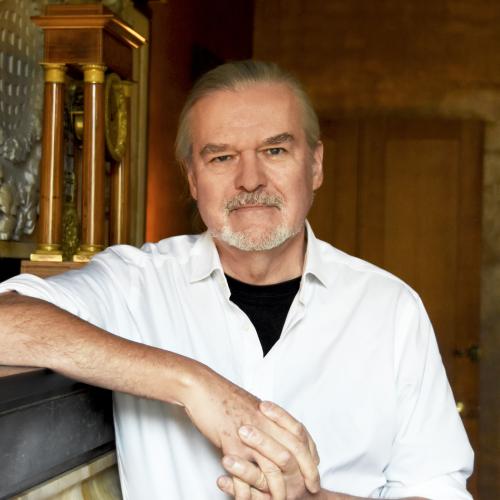