The Director of the Parker Library, Master and Fellows of the College have approved an annual research post, a twelve-month position, starting in October each year, which will be based within the Parker Library. The annual Parker Early-Career Research Fellow will bring new ideas and new approaches to the research of the Parker Library’s collections, both manuscripts and printed books, becoming a modern part of Parker’s legacy.

Laure Miolo is a historian of late medieval and early modern Europe, specialising in manuscript studies and history of medieval libraries with a special focus on scientific books and practices. She completed her doctorate at the University Lyon II and then held several fellowships and positions at the Bibliothèque nationale de France, the Bodleian Library, the British Library, the Institut de recherche et d'histoire des textes, the Paris Observatory and the École Pratique des Hautes Études (PSL-Scripta). She was awarded a Neil Ker Memorial Fund Grant from the British Academy and was a Munby Fellow in Bibliography at the Cambridge University Library in 2021. 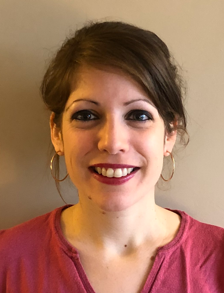 Her research focuses on medieval scientific manuscripts and book collections in France and England between the late twelfth century to the end of the fifteenth century. For her PhD, which will soon be published, she reconstructed the scientific collection of the early library of Sorbonne, and investigated its owners and users. She pursued her research at postdoctoral level by exploring the astronomical/astrological manuscripts and works of several medieval scholars and their networks such as Pierre de Limoges, Jean des Murs, John of Genoa and Lewis of Caerleon. Her research explores the intellectual practices and the diffusion of scientific knowledge in different milieux. Her approach is based on a detailed analysis of manuscripts together with the edition of unpublished texts.

At the Parker Library, Laure is currently working on the little-studied Elbing collection which was previously owned by the Brigittine monastery of Elbing/ Elbląg. These volumes were mainly produced in Bohemia, Germany and Poland in the fourteenth and fifteenth centuries. This group of manuscripts were donated to Corpus Christi College in the early seventeenth century by a former fellow, Richard Pernham (d. 1628) and Mary Pernham whose name appears in almost all manuscripts. Laure’s project aims to provide a detailed analysis and a catalogue of the Elbing collection and to investigate the history of this collection from its origin to its reception in Cambridge. She will curate an exhibition focusing on this collection. She is also the convenor of the new History of the Book Seminar at the Parker Library.