Dr Amy Jeffs (m2015) spent the day in the Parker Library yesterday, exploring manuscripts and British mythology with students of English, History and ASNC. The group were then joined by Fellows and members of the Cambridge Colleges' Conservation Consortium in a creative workshop in the consortium premises on Free School Lane. 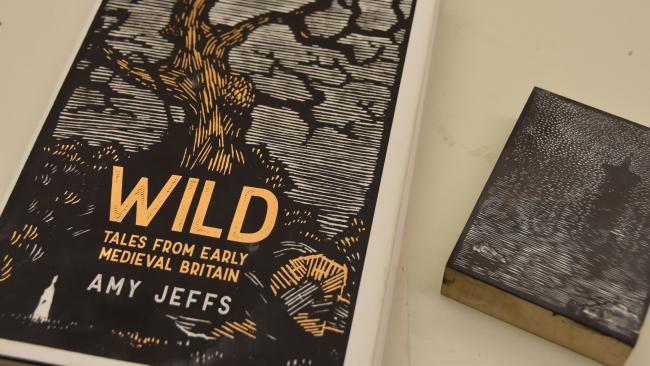 Amy is an art historian specialising in the Middle Ages. Her second book, Wild: Tales from Early Medieval Britain, has just been released. It follows the success of her first book, the critically acclaimed Storyland: a New Mythology of Britain, which reimagined the origin myths of Britain and included historical commentary for each myth along with Amy's own striking linocuts. In Wild, Amy explores the British countryside, both physically and through a rich diversity of medieval texts. In keeping with the subject, she choose a different method of print-making and the tales in Wild are accompanied by her original wood engravings.

Amy was inspired in her work by her time spent at the Parker Library when researching her PhD in Art History. After spending the morning in the Library with some of her favourite manuscripts, the group moved to the Conservation Consortium building (known affectionately as the 'Elephant Pen' although there seems scant evidence for there ever having been elephants there). There, they were joined by conservators Mito Matsumaru and Colin Brown, and Fellows Rory Naismith and Sam Lasman in a linocut workshop led by Amy and inspired by images from the Library manuscripts. 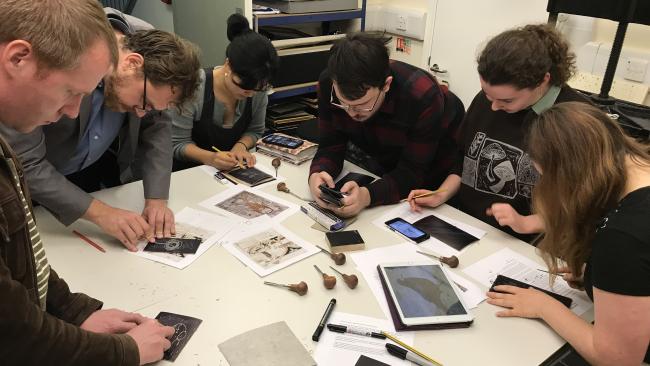 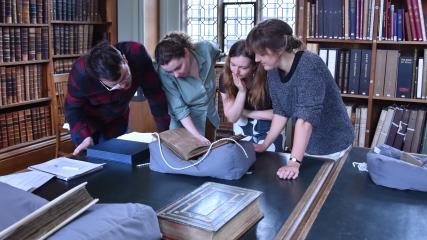