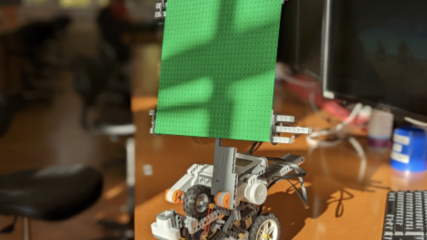 The robot extends an arm with an ultrasound sensor to detect a chasm and measure its width. If the gap is safely bridgeable, the robot will then deploy a bridge and drive across.  The team used one motor for the drive base, one for deploying the ultrasound sensor arm and one for deploying the bridge. In this video, the team explain how they built and tested - and re-tested - the robot until it was able to cross gaps with ease.

Congratulations to all three.