Alumnus Dillon Mapletoft (m2012) has co-written a new Channel 4 show Everyone Else Burns, a coming-of-age comedy about a Mancunian family and the puritanical Christian sect to which they are devoted.

The show, which premieres on Monday 23 January, explores life in a hyper-religious community and asks: how does an idiosyncratic family navigating modern day life protect themselves from eternal hell fire?

Everyone Else Burns is written by Dillon and Oliver Taylor, directed by Nick Collett (Maxxx, Ghosts) and co-produced by JAX Media and Universal International Studios, a division of Universal Studio Group.

As a screenwriter Dillon has several original projects in development including an adaptation of his critically-acclaimed stage show Fix My Brain. He recently participated in a writers' room for a brand new comedy drama series for Netflix, for which he will also write an episode. He also contributed additional material on the second series of Armando Iannucci’s sci-fi comedy Avenue 5 (HBO) and is a previous recipient of the Dancing Ledge Writer in Residence Bursary.

"I loved my time at Corpus, an experience which continues to be extremely formative. I am especially grateful to Professors John David Rhodes and Emma Wilson, both of whom have, in different ways, helped shape the way I think about film and television," says Dillon.

Last November Dillon joined us for the 60th Anniversary Celebrations of Leckhampton, where he spoke on one of our panel sessions, From Word to Image: Film Studies and Modern Languages.

Read an interview about the show with Dillon from The Guardian 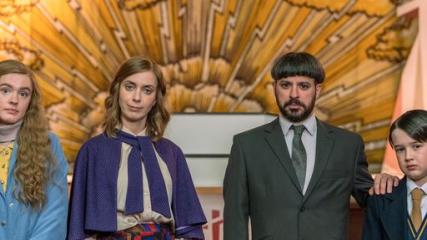